Leading in The DARK; Do you have the COURAGE?

Leaders challenge what is for the sake of what could and should be. That’s the job of a leader. But challenging what has always been and what has always worked before requires guts. Simply recognizing the need for change does not define leadership. The leader is the one who has the COURAGE to act on what he sees. A leader is someone who has the courage to say PUBLICLY what everyone is whispering privately. It is not his insight that sets the leader apart from the crowd, it is his courage to ACT, the courage to SPEAK UP when everyone else is silent. 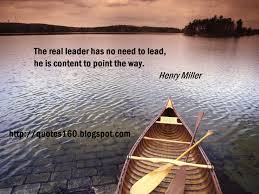 Beyond the need to challenge what should be changed, leaders have been given the assignment to take people to places they’ve never been themselves. Leaders provide a mental picture of a preferred future and ask people to follow them there. Leaders require those around them to abandon the known and embrace the unknown with no guarantee of success. As leaders we are asking men and women not only to follow us to a place they’ve never been before, but we are asking them to follow us to a place where we’ve never been before either. That takes GUTS, that takes NERVE and that takes COURAGE.


We all know the fear associated with walking into a dark room or traversing an unlit path in the night. Leading into the future gives the same exact feeling. Leadership requires the courage to WALK IN THE DARK. The darkness is the uncertainty that accompanies change, The mystery whether a new idea you just introduced will be accepted, the fear whether the idea will be rejected, the risk of being wrong.  For this reason, it is the dark that provides the leader with his greatest opportunities. Its your response to the dark that determines in large part whether or not you will be called on to lead. For the darkness is what keeps the average person from stepping outside the security of what has always been.Yet many leaders who lack the courage to forge ahead alone yearn for someone to take the first step, to go first, to show the way. It could be argued that the dark (the unknown, uncertainty) provides the context for leadership, because if the pathway to the future were lit, it would be crowded.


To be continued…
Posted by Unknown at 08:35 No comments:

Leadership Courage; Are you Progressive?


Leaders love progress. Progress is what keeps them coming back to the task. Nothing is more discouraging to a leader than the prospect of being stranded in an environment where progress is impossible. if we cant move things forward, then its time to move on. Progress requires change. If an organization, business, ministry or relationship is going to make progress,  it must evolve into something different. It must become better, more relevant, more disciplined, and better aligned. 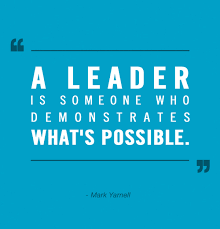 But organizations, like people resist change. As the Author of ‘The Leadership Challenge’ pointed out, ‘leaders must challenge the process precisely because any system will unconsciously conspire to maintain the status quo and prevent change.’ Organizations seek equilibrium, people in organizations seek stability. Both can be deterrents to progress because progress requires change and change is viewed as the antithesis of stability.

Keep in mind that everything you loath about your current environment or organization was originally somebody’s good idea. At the time it might have even been considered revolutionary. To suggest change is to suggest that your predecessors lacked insight or worse that your current supervisor doesn’t get it! Consequently, its easier to leave things as they are, to accept the status quo and learn to live with it. 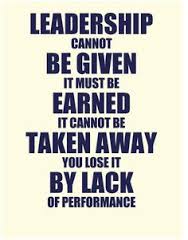 While that may be easier, its not an option for a leader. Accepting the status quo is the equivalent of a death sentence. In my opinion, where there’s no progress there’s no growth, if there’s no growth, there’s no life. Environment void of change is void of life. So leaders find themselves in this precarious and often career jeopardizing position of being the one to draw attention to the need for change.


Consequently, courage is a non-negotiable quality for the next generation leaders who will shape the future and change to world.
To be continued
Posted by Unknown at 09:15 No comments:

Leadership Courage; a virtue that strengthens all others

Throughout the ages, people have searched for the precise ingredients that constitute great leadership. In measured proportions, great leaders are said to demonstrate bold but reasoned judgment, spirited but calculated risk-taking and an assertive but reflective disposition. Complicating the matter are the expectations and needs of those being led. Followers want leaders who make decisions decisively but inclusively, interpret situations with rational and emotional intelligence and exude confidence and humility. 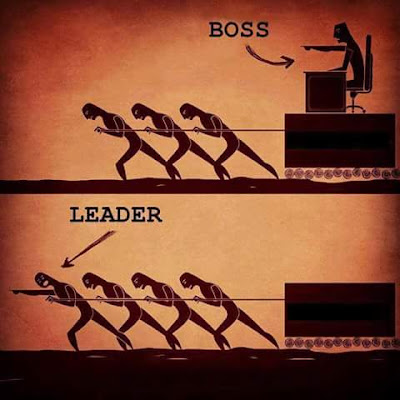 The list of characteristics that comprise great leadership is so long and contradictory, that the aspiring leader is left to ask, “Where on earth do I start?” Fortunately, there is a clear starting point. One leadership characteristic—or more accurately, virtue—informs and strengthens all others: Courage.
Aristotle called courage the first virtue, because it makes all of the other virtues possible. In addition to being the most important human virtue, it is the most important business virtue, as well. Think about it: Other important business concepts like leadership, innovation and sales wither in the absence of courage. Leadership takes making bold and often unpopular decisions. Leadership takes courage. Innovation involves creating ground-breaking but tradition-defying ideas. Innovation takes courage. Sales requires being repeatedly rejected before closing a deal. Sales takes courage. Take away courage, and sales, innovation and leadership lose their potency.
Contrary to popular belief, courage is a teachable and learnable skill, and most everyone has the capacity to be courageous. Moreover, nearly all courageous acts represent one or more of three types of courage:
TRY Courage: The courage of initiative and action— making first attempts, pursuing pioneering efforts and stepping up to the plate.
TRUST Courage: The courage of confidence in others— letting go of the need to control situations or outcomes, having faith in people and being open to direction and change.
TRY Courage: The courage of voice— raising difficult issues, providing tough feedback and sharing unpopular opinions.
The good news is everyone has the capacity for being courageous. I know this firsthand. From an early age, I’ve had a gripping fear of heights. What did I do about this fear? I became a high diver! Fear is an invitation to courage, and I accepted the invitation. Over a long period of time—and by trying, trusting and telling courage—I was able to dominate my fear of heights instead of letting it dominate me. Though I remain afraid of heights, I was able to master my fear enough to perform more than 1,500 high dives from heights that scaled to over 100 feet.
These days I devote my life to helping people and organizations be more courageous, to discover so much power packed up in them. The most important lesson I have learnt is that the entire workforce wins when everyone shows up to work each day with more courage. With less fear and more courage, workers take on harder projects, deal better with change and speak up more willingly about important issues. In short, courageous workers try more, trust more and tell more. As a business leader and entrepreneur, your job is to put courage inside of people— to encourage them. By applying the three different types of courage, as well as the tips above, courage can be put to good use in your own workplace.
Entepreneurs Organization

Leadership Competence - The less you do, The more you accomplish

It is very normal for young leaders to want to do everything themselves. This is because as a leader, you want to try to stand out so that you demonstrate your ability to the people following you. This is quite normal because most times no one is there to help you and you might not want to seek help and would rather do it yourself because you trust yourself at least. But there is a negative side to this. this very attitude actually limits your effectiveness as a leader. 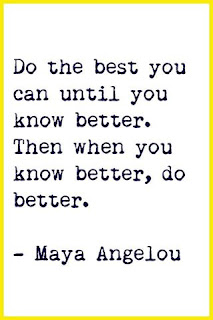 As a young leader, my greatest mistake was spending my time doing things that aren’t my strengths, I devoted the first year of my life after school to things I was not good at, and I put little energy into the things I was good at. I was a great communicator and was good with people, but I was bad at business management, am a good innovator and know how to take initiative, but am poor at program designing. But during those days I did nothing that would build and improve my communication and innovative skills, I often felt I was good at them instead I spent greater time working on being a great business manager and program designer at my work place. It happened that when it was time for me to practice communication and showcase my great skill in building relationships with people, I failed woefully. 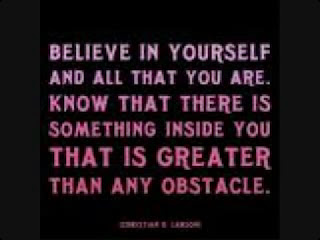 The great news was that by reading books and listening to leadership tips, I learnt that I was focusing my energies on things I was not good at t began to excel by focusing my time on my strengths and found great fulfilment in it.  The irony is that those things you were doing that you didn’t find joy in is exactly what other persons in your organization enjoys doing, but you cannot know that because you do it yourself all the time. By letting go of things you are not good at you give opportunities to others following you to excel. 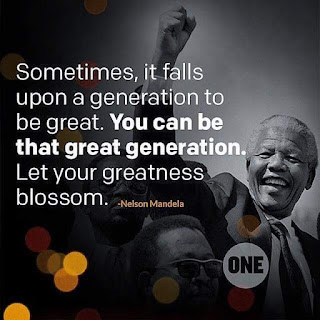 As leaders, its important to do only what you can do. What are the2 or 3 things that you and only you are responsible for?  What specifically have you been hired to do? Of the tasks you have been assigned to do, which of them are you specifically gifted to do? Which do you find most joy doing? You must focus your energies on those. That is your sweet spot, that is where you will excel. Within that narrowed context, you will add value to your organization.